A friend died last week. The first death of 2017 to touch me personally. While I hadn’t seen him for a few years, he will always be ensconced in my heart, and when I lift a conch shell to my ear, the sound that will not die will remind me of his noble journey on this earth.

The last time I saw him was when we co-facilitated a session at Stanford University for Latinx students. I can’t remember the topic, but what remains is a ceremonia we did together next to the soccer field on campus. I had taken a class there as a sophomore and been mocked by the coach, his distain unbridled toward the four women amid thirty white men.

I was color, I was woman, I was deft with the ball, I was shut out of my beloved game. The men ignored me on the field until I switched to being a defender so I could touch the ball, play the game, be slammed into as if I was a mighty warrior. 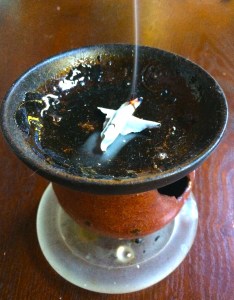 Mi amigo and I sat together on a bench, burned sage, and I released my lingering anger and grief. Sexism can trail smoke for years, and I was so young then, still clinging to my father’s notion of the level playing field. Still believing the lie that education and hard work would count on the soccer field or in the jobs that ended with me labeled the “problem” for speaking out as if truth would triumph over vindictive power. This mid-day ritual was witnessed by a man who bent over backward to use his male privilege for the benefit of females. It was right and just to sit, to breathe, to grieve the joy that had been squashed flat by cleats and patriarchy.

And yet, this is the same man who was the bearer of bad news to me twice. Both times he served as the spokesperson for alleged white allies who deemed me too uppity, too direct, too unwilling to tow their line. He did the dirty work of telling me they did not want to work with me anymore. While I was deeply disappointed by his decision to stay and continue working with them, I also knew it was out of economic necessity. I directed my anger at the fake allies and felt infinite sadness and also awkward gratitude for him. Someone needed to work with those folks and I couldn’t. My belief is that the education and hard work theory is for those who do not understand and use their privilege for equity, not for those of us who feel the crunch of someone’s boot on our neck. Then both he and I and countless others would not be put in competition for the pitiful piece of the moldy pie they leave us on the back steps.

I had been thinking of him lately, as I have returned to Stanford to engage with the Latinx community many times since our visit. His kindness and the undying gentle fire he carried in his belly for justice will remain in the coals that keep us warm amid the battle for access and authentic presence. Because he supported my healing, I was able a few years ago to incorporate my soccer class experience into a performance piece called Fouling is Part of the Game. Humor and creativity joined forces to intermingle with anger and grief.

It takes death to hit the pause button for reflection. His movement to the spirit world allowed me to follow the thread backward to when sage and early spring enveloped mi compañero y yo – we planted the seeds of transformation together that day and many others to transpose years of pain into love, delight, and joy. Writers and artists know this journey intimately and embrace it, barbed wire and all, knowing voices and words are like fists raised high with shouts of “¡Si se puede!” #52essays2017 #restinpeaceroberto

Spanish
Do you know the 3 Mistakes that Racial Equity Champions make when working torwards Transformational Change?
Download my candid guide and learn how to shift these mistakes to tap into your full potential.