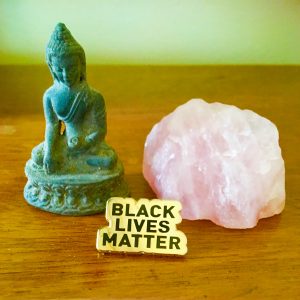 I have struggled to write this blog. Too much adrenaline coupled with too much information keeps draining my emotional and spiritual batteries.  I began to wake up and have flashes, until one flash stayed steady. The flash that said backlash, backlash, backlash, the steady beat that has always knocked the movement for justice aside for over 400 years. An article in 1995 discussed how white people riot to shut down justice and recently white people are teeing up another backlash, saying we are in a Cultural Civil War. I agree overall with that notion, although the author wants the south to win this time, and I want black people to stop always being the enemy and losing.  Backlashes have come in assassinations, in the old and new Jim Crow, and more subtly by appeasing the masses just enough to keep the same beat of white supremacy going.

My fear is saying that this BLM surge doesn’t end well, even as last night I read about significant social/political movements, about Minneapolis and about a newly appointed black police chief firing three white officers for being caught on tape spouting racist crap. But instead of consoling me, I know there are likely millions of people just like those cops. Yes, this movement feels different, and yes people have learned from the past to ask bigger and name reparations as the only solution, to name racism as a public health crisis, and to say police brutality is just the tip of the iceberg. My fear says that the 4th of July weekend is coming. I have long since ignored it, as the fight for independence was partially based on keeping slavery as an institution when Britain was poised to eliminate it. Independence has been a white supremacy event on the backs of indigenous and black bodies.

So I am terrified, mi gente, for those same bodies. For the hate that is the core of this nation’s legacy and current reality. Unseen people are planning as feverously as others are for fireworks and protests. This weekend is a perfect storm in the midst of a pandemic, a new surge of BLM, an economic crisis, an authoritarian White House, and mercury in retrograde in Cancer, the sign that governs family, house, our relationship with the past, history, and homeland.

Be careful and bold, be thoughtful and brave, watch your back and that of those who for so many years have had their backs targeted for whips and bullets and handcuffs.